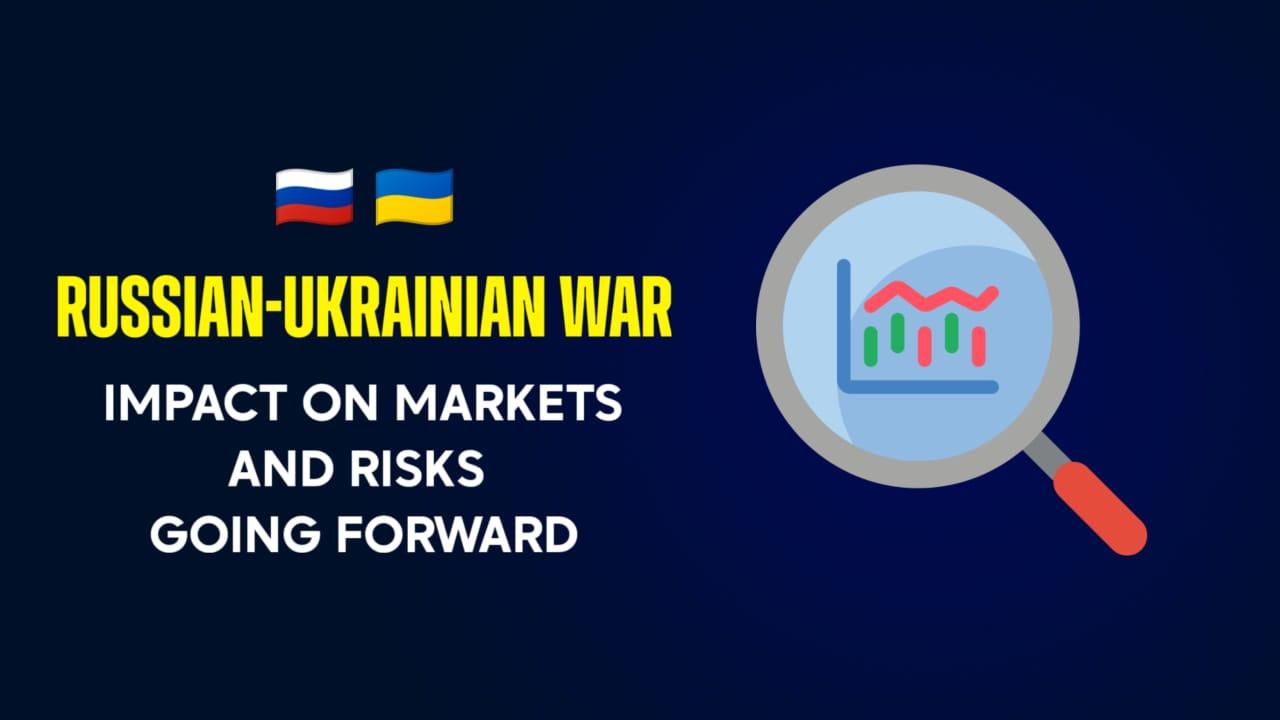 As tensions between Russia and Ukraine have increased, current military action increases the risk of prolonged conflict in Ukraine. It raises concerns about the possible impact on financial markets and the global economy. Thankfully, though, history shows that while geopolitical crises between Russia and Ukraine can temporarily roil markets, they generally do not have long-term consequences for investors.

If they have a lasting macro-economic impact on large economies, these kinds of crisis have a significant and lasting impact on global financial markets. With Russia’s economy ranked 11th globally, according to the IMF, only 1/20th the size of America and 1/15th the size of China, it is probably not large enough to impact global markets or economic growth. Even though it is suffering considerable economic damage because of the sanctions imposed by the United States and Europe.

Yet, because Russia is also the source of 10 percent of the world’s energy and nearly 50 percent of the energy consumed in Europe the conflict presents risks beyond the two countries’ borders, including higher energy prices and heightened financial market volatility.

While markets have been restrained in their response to the invasion of Ukraine, investors should not rule out higher volatility in the days and weeks ahead. We are in the early stages of a new Cold War, and the conflict may take different forms and will probably not get resolved soon. Over time, it will also be harder to get information about what is happening in Ukraine, adding to the uncertainty.

Another factor that will probably influence the situation’s impact on the economy and markets is how Russia reacts to Western sanctions against its financial interests. Inflation is going up, but the American economy is still growing.

The impact of the conflict can vary depending on the geographic region. Europe, particularly the Baltic countries and Poland, will probably face more difficulties than those less dependent on Russia for energy. Russian gas is a significant source of winter heating in Europe, and the already high prices have harmed European households and companies. Western Europe, especially Germany, does not have an easy alternative energy source to replace Russian natural gas.

The United States economy appears relatively sheltered from conflict. For investors and consumers in the United States, the effects will likely translate into additional inflationary pressures due to higher energy prices.

Diversification and professional management can assist in managing short-term risks while providing long-term benefits. “We own stocks and bonds in multiple regions, nations, sectors, and industries. One of the consequences of our diversified approach is that our clients are usually very little exposed to investment in Russia, less exposure to Ukraine. This degree of diversification may reassure investors in the face of geopolitical events. Or, as Bridges puts it, the only way is to think about the long term. Remain focused, and don’t be scared.”

Trade in extensive range of Instruments & Access the Global Market